Well, hello!  There are a LOT of new people popping in to view my blog, and I can only assume that it’s because of the article published today in the Good Weekend magazine, which is a weekend addition to the Sydney Morning Herald.  Welcome to all of those who are newly discovering this little blog.  And to all of those of you returning, it’s good to see you back. 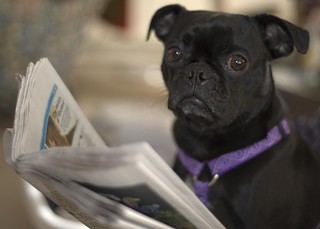 *Deep breath*  Today has been a little intense and it’s a new kind of intense on top of an already intense week.  I’ve had a lot of people contact me today thanks to the aforementioned article, some of whom with very valid questions and critique.  Quite a few talking out their arse, but I pay no mind to those.  I just wanted to write a little something to go with the article.

Now I don’t think that Tim Elliott has written a bad article, quite the opposite.  But I have been misquoted/misinterpreted a bit, and I don’t know whether that was a communication error, misinformation or just bad copy editing (do newspapers even have copy editors any more – or were those all made redundant too?).  Generally speaking the article is far more fat positive than most pieces we see, and it’s so good to see some actual fat women represented.  I had loads of fun doing the photoshoot for it by amazing photographer Paul Harris, who was really fun to work with and seemed to just “get it”.  My hair and makeup were done by Monique Zalique who was an absolute sweetie and made me look super glam, despite it being a roasting hot day!

So, a few things I would like to set right.

Firstly, for some reason, the amazing Jessica West, at fashion organiser and advocate, as well as my friend, has not been credited at all.  She’s the mega cutie in the video with the black and gold headscarf and babely glasses.  She was interviewed and photographed for the article but it wasn’t used, but footage of her was used in the video and she is the only one whose name isn’t published!  So I want to acknowledge her first and foremost.  She has a killer instagram, go follow her.

Next I’d like to address the way I’ve been described.  The “fat prider” thing – I’ve never called myself that, though I do believe in fat pride and fat liberation.  I identify as a fat activist and my focus is on fat politics.  The article implies some kind of leadership role, but I have never called myself or inded wanted to be a “leader” in any form of fat politic movement.  Personally I believe that activism should have no leaders, because activism is about pushing and growing and evolving, not a direct hierarchy.  In Australia, there are many fat activists, doing their thing in their own way.  All of us are needed.  I’m just one that will put myself in front of a photographer or journalist and do the media thing from time to time.

I also want to correct a couple of statements.  While I have had my workplace contacted by harassers, I’ve not had one show up there thankfully.  Not that that diminishes the actual harassment that has happened.  I also did not actually catch anyone slipping an abusive note in my mailbox, though I did contact the police about it at the time, who suggested I should “just get off the internet” and “not be so confident”.  The young law student from UQ that I caught was creating fake accounts on Facebook to send me harassing messages, and I was able to link those fake accounts to her real one.  Since I named her, she has not been back to my knowledge.

As for the suggestion that fat activists harass and bully people who lose weight, by choice or accident, that is absolute bullshit.  While we may object to those who start (or return to) “fat is bad” attitudes, and we will call out those who use stigmatising and hateful language to describe fatness and weight.  Saying “It’s not acceptable to vilify fatness.” is not bullying, abuse or harassment.  Unfortunately those who promote weight loss and/or dieting refuse to accept that by it’s very nature, eliminationist rhetoric about fat, the idea that fat should be prevented, cured, eradicated, it is harmful to fat people.

What you do to your own body is your business.  When you start promoting that some bodies are better than others, then I’m going to point that out as unacceptable.  That is not bullying or harassment from fat activists, and that does not make us “neo-fascists”.

One of the biggest problems with people who have privilege pointed out (especially if it’s new privilege, through weight loss, popularity or financial gain) is they refer to anyone pointing that out as “hate”.  Hate is sending threats, telling someone they are disgusting or sub-human, or ridiculing someone for who they are.  Pointing out that someone is engaging in behaviour or rhetoric that is harmful to others is not “hate”.

And finally, there is one statement that really, really bothered me.

Indeed, many fat activists regard their battle for acceptance as akin to the civil rights movement, or the struggle for gay and lesbian equality.

I really, really cringe at this.  Yes, I understand there are SOME that still see fat activism that way and conflate it with other movements.  But here’s the thing.  Marginalisation is diverse.  Each kind stands on it’s own as a valid thing to fight.  Many people have intersecting identities that are marginalised.  Some of those identities are in more peril than others, which makes the fight for their rights crucial and urgent.  Black people and trans people are currently extremely vulnerable.  There is no such thing as “another civil rights movement” – they’re all facets of the same fight – the right for ALL people to be treated equally.   The “struggle” for equality belongs to all of us, we just have to realise that some of us have privileges that others don’t.  As a white, cis, heterosexual woman with a regular income, I have privileges that others don’t.  As a very fat woman with disability, I am not afforded the privileges of thinner people, able-bodied people and men.  There is no sliding scale.  All of this is complicated and intertwining and every bit of fighting for human rights of any kind is needed.  None of them are new or taking over.  Can we please let go of that thinking right now!

So, that’s my clarifications/corrections to the article.  Again, while there are some issues with details, I still think this is a very positive article and I’m proud to have been able to participate in this get some light shed on fat liberation in the mainstream media.