Sometimes I can’t believe where the world has taken me.  Sometimes I have to stop, blink and ask myself whose life this is that I am living.  Sometimes I need to remind myself that I’m not a frightened kid who doesn’t fit in and that I have come so far in my 44 and bit years of life.

Being a vocal and public feminist and fat activist is never easy.  Families get angry, friends turn their back on you, you have to put up with a lot of ridiculous demands on your time and energy, people sometimes push you out in front of them to fight their battles for you, and it draws you a lot of abuse and harassment.  Abuse and harassment that you never would have had if you hadn’t put your head above the parapet and said “This is not acceptable.” 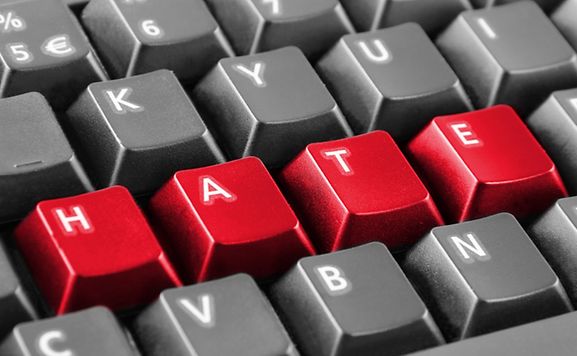 But that said, it has brought me to so much more than it has taken away.  I have found stronger friendships that give so much to me.  I’ve had so many amazing opportunities to work with incredibly talented and dedicated people, and it has given me a sense of confidence and accomplishment that I never had before.  So while it is not easy, it is always worth it.

And sometimes, the whole thing goes full circle – you engage in activism, it draws you harassment and abuse, amazing people who are also subjected to that harassment and abuse ask to work with you, and then new opportunities for activism come your way.  This is how I came to be involved with The Cyberhate Project.  Some time ago, I heard about Dr Emma Jane from the University of NSW and The Cyberhate Project and that she was conducting interviews with Australian women who had experienced online abuse and harassment.  Emma is doing some amazing work on this project and you may have already seen her book Misogyny Online, and if you’re in Australia, the TV series on the ABC, Cyberhate with Tara Moss.  Not to mention a whole slew of papers and events, more of which you can find out about here.

Recently, I was invited by Emma to participate in the upcoming Cyberhate Symposium, in Sydney in July.  After we discussed the possibilities of my attending, Emma has asked me to be one of the keynote speakers at the symposium, something that I consider a great honour.  Cue one of those “whose life is this?” moments!

I am planning on attending and speaking about my experiences with dealing with online abuse and harassment as a feminist and fat activist, with particular focus on the long term impact that it has on those of us who are subjected to it, and how far we have yet to push the law and technology to meet the changing nature of the abuse and harassment of women – both online and off.

However, financially I am not in a position where I can afford to cover my own costs to fly to Sydney and for accommodation.  This is where you come in dear reader – I am starting off a GoFundMe page to help me cover these costs.  In return, I hope to be able to publish my symposium piece here (or at least be able to share with you where it is published) and will write about the symposium here on my blog.  I hope to be able to network with other participants and that this may open up more opportunities for activism, so that we collectively may be able to shift how the abuse and harassment of women online (and off) is both viewed by society in general, and more specifically be part of making changes to the law and technology to protect women and other minorities, while also putting in place more suitable repercussions for those who do engage in this abuse and harassment.

I would also like to have a fatty meet up in Sydney while I am down there, so that we can both make community connections with each other and generally just hang out in our fabulous fatness together!

I don’t make money from my work as a feminist and fat activist, and a lot of the time it is a full time job on top of my day job.  I have consciously chosen not to monetise this blog and the only time ads appear are the ones that WordPress puts at the bottom of this page (which can be removed by signing up to WordPress and remaining signed in to that account BTW) which I receive no revenue from.

So it would mean a lot to me if any of you could help – particularly those who have stuck by me for about 9 years now of doing this work.   I have set up a GoFundMe page here, and if you can help me meet this goal – anything you can afford is definitely appreciated.

I think this post is going to be an ongoing one.

I’ve been working on it for ages now, slowly building up a collection of books with fat characters that I can review for you all, and I know there will be more in the future, I’m sure there are plenty that you can recommend for me that I haven’t covered here, which I will add to my To Be Read and Reviewed pile.  But we’ll start with the ones I’ve collected so far and go from there.

So what am I looking for when it comes to fat characters in fiction?  Well, let’s start with the main protagonist actually being fat.  Not a sidekick or sassy friend.  Not the main character’s mum, not a cliche villain (though I do love Ursula), not the peripheral character used for pity or to illustrate some awful point.  In particular, I am looking for fat women in fiction.  Positive portrayals of fat women in fiction.

Again, if you know of any that aren’t listed here yet, please do let me know in the comments.

I simply must start with Kerry Greenwood’s Corinna Chapman series.  I will never forget the first time I read the first book, Earthly Delights – I was completely blown away by being able to read a story where the heroine was a fat woman.  A successful, happy, beautiful, loved fat woman who was smart and funny and clever enough to solve mysteries that other people couldn’t.  Set in Melbourne, Corinna Chapman is a baker who inadvertently finds herself solving mysteries.  With her collection of colourful friends and colleagues, her gorgeous boyfriend Daniel (swoon!) and her regal cat Horatio, I fell into these books and read them voraciously.  The whole series is excellent.

Let me start off by saying that there’s no real indication of how fat Eleanor is.  She thinks she’s fat, kids at school call her fat.  So I’m going with her as a fat girl protagonist.  Even though she may not actually be so.  The reason I put this one in is because it strikes so close to home for me.  I’m about the same vintage as Eleanor, I was a fat teenager picked on at school and from a pretty shitty home situation.  Eleanor is smart, and strong, and the relationship between she and Park is gorgeous (note, there are also some problematic elements about Park’s Korean family members).  Eleanor and Park is not a perfect book, but it is one that struck a lot of chords for me. 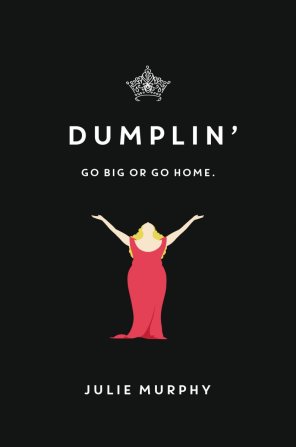 Oh how I adored this book.  This is the book I needed to read when I was 15. Willowdean “Dumplin'” Dickson is an unapologetic fat girl, navigating the maze that is teenage life. Cute boys, spats with your best friend, the school bully, the loss of a loved one, a dud relationship with your Mum, not being able to find cute clothes, school and your first trip to a drag club.

Garnished with a liberal helping of Dolly Parton, red lollipops and cringe-worthy moments, I laughed, I cried, I cheered and I crossed fingers and toes with Willowdean. 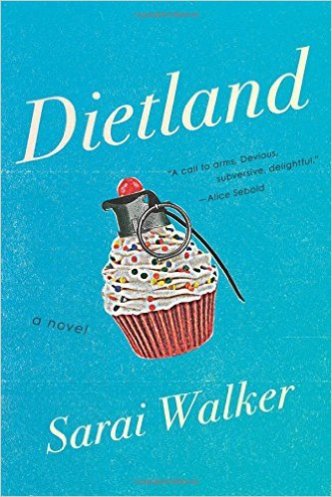 Firstly, I found Dietland SUPER triggering.  That’s not to say it’s not a fantastic book – it is a fantastic book.  It just pushed some buttons for me.  But that said, it’s really compelling and subversive and has some of the most beautiful prose I’ve read in a long time.  Plum is a very fat woman.  Thank fuck for that, I’m sick of inbetweenies being as fat as it gets in fiction and being called radical.  Dietland is PROPER radical.  Described by some as “Fight Club for women”, Dietland goes where a lot of other novels fear to tread. 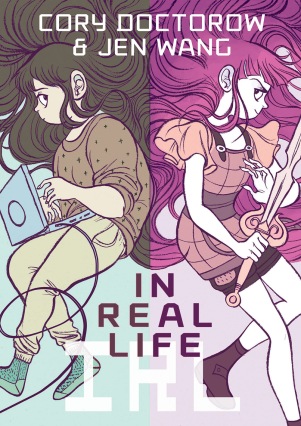 This one is actually a graphic novel aimed at younger readers.  But it’s super cute and nerdy, with a subtle ethics lesson running through it.  The artwork is as cute as hell, and while the central character is never referred to as fat or chubby or anything, she just is.

This book is a delight. It has so many things going for it. It’s Australian. It is set in a cheesy Christian holiday camp. The love interest is a disabled guy. The support characters are diverse and mostly really interesting. But the best thing of all… The protagonist is a fat girl and she gives ZERO fucks about it! She’s fat. She doesn’t hate herself. She’s confused and frustrated and sick of people treating her like shit, but hey, she’s a teenager. But she knows what she has got by way of her body and she fucking flaunts it. I loved Riley Rose so much, and Dylan, the love interest is hot and complicated and a bit of a jerk sometimes and pissed off and just gorgeous.

The only criticism I had was the very abrupt ending, which made me feel like I was being chucked out the back door and told to “move on”. I didn’t get any sense of resolution to several threads of the story, and I don’t quite know where Riley Rose was at as much as I would like to.

This is another really subversive one.  Quite a bit more violent than I would normally choose, but it is really engaging and with well developed characters.  Lots of in-jokes for people who have been around the fatosphere for a while.

It’s a dystopian future in which fat people have their citizenship revoked and are imprisoned – sometimes even snatched off the street or from their homes.  I was somewhat uncomfortable with the portrayal of fat people and food, but could also understand why the author went where he did.

I particularly loved the artwork in this one.

This should give you all somewhere to start with fat characters in fiction.  Again, if you have other books you have read, please share them in the comments*, I’m always on the hunt for more books to read, and if they have positive portrayals of fat people, even better still.  I will attempt to read them and add them to this post as I do.

*Please keep comments to topic as I will be deleting anything that is not about fat characters in fiction.